SpongeBob SquarePants is loved by people everywhere, irrespective of their age. And the characters on the show from Squidward to the money-loving Mr. Krabs are equally precious and well thought out. Ever since the pilot episode of 1999, kids would tune in to Nickelodeon to watch the show.

The antics of the sponge named SpongeBob fill the episodes, whether he would annoy his neighbor or wreak havoc under the sea. The real-life concept of good and evil is also introduced into the show, with the help of a scheming Plankton. But recently it was rumored that the children’s cartoon took off from childish material to land into the serious topic of death and murder.

It seems that the not-so-well-loved character of Mr. Krabs was murdered in an episode. But did SpongeBob SquarePants really kill him off permanently? Read on to know more about it.

How Did Mr. Krabs Die? 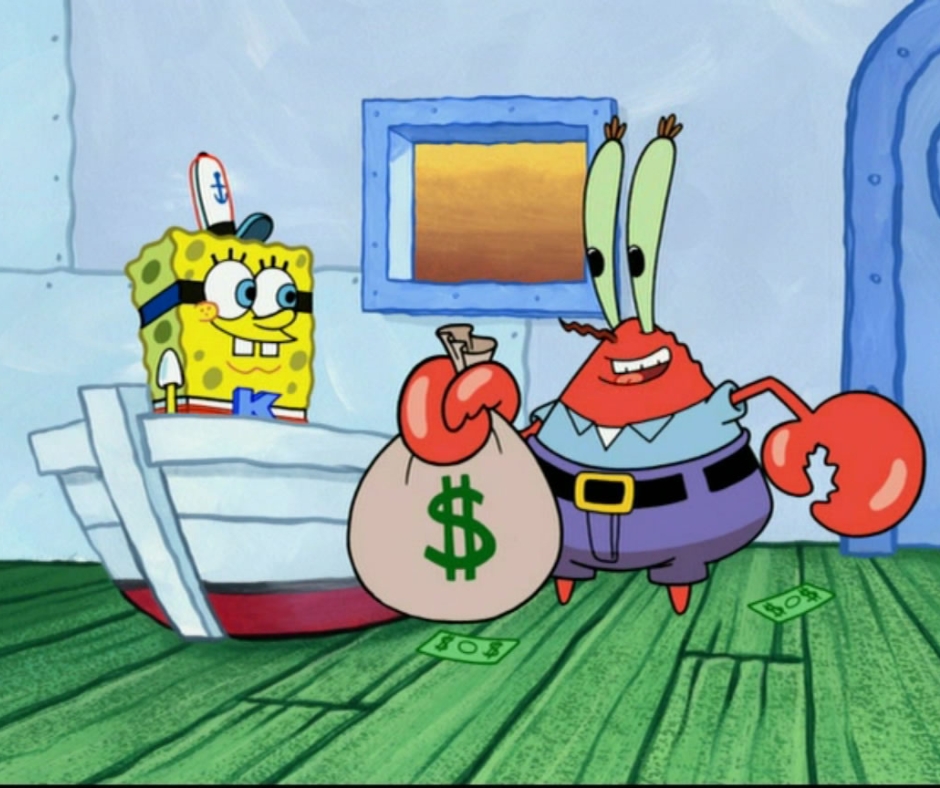 In a document circulating the internet, it was read that Mr. Krabs was found dead inside his Krusty Krab restaurant. Cause of death? His throat has been slit. Further on, it was given that the wound on his throat was caused by a metal spatula. Naturally, this brought on a large investigation about who in Bikini Bottom could have done the deed.

A bloody spatula was also found next to Mr. Krabs’ body. Upon further examination of the body, it was also seen that he had blunt force trauma on the back of his head. The police did not take long to decide that there was a murderer afoot.

The activity of the document was to determine the killer of Mr. Krabs. The people playing were divided into groups, the prosecution, and defense and they were to determine SpongeBob’s fate. Objectively speaking, Mr. Krabs’ death could have occurred from a number of different scenarios.

The floor of his restaurant was covered with cooking grease, so the owner could have easily fallen down and hit his head. But that does not explain how his throat was cut. And the empty safe and cash register also point toward foul play. Among the major suspects are SpongeBob, a disgruntled employee, and Plankton, the bitter rival.

The investigation of Mr. Karb’s death begs the question, who was Mr. Krabs? Fans all over the world are wondering about the death of this beloved character. The red crab is the owner of the restaurant Krusty Krab, a place famous for its unrivaled Krabby Patty.

The rich, money-loving business owner was also shown to live inside an anchor, along with his daughter, a young whale named Pearl. His business employed two other characters of the show, one of whom was the protagonist SpongeBob, the cook responsible for the delicious patties. The other employee was SpongeBob’s neighbor, the grumpy cashier Squidward.

The Trial Of SpongeBob was the document that made viewers question whether they missed an episode in SpongeBob SquarePants. The document turned out to be an activity, something to be set up as a class challenge in school.

The document itself can be regarded as a little disturbing. It gives a detailed description of Mr. Krabs’ death along with a list of evidence. It also offers witness testimonies for the children to read and determine the guilty party by themselves. The aim of the activity is to make the students examine the evidence by themselves, and figure out the mystery irrespective of what was shown on TV.

The Evidence Of The Murder

In the document, there is plenty of evidence available, all of which when examined carefully would lead to the murderer. Firstly, the murder weapon, a spatula found at the crime scene was covered with Mr. Krab’s blood as well as his fingerprints. The coroner had concluded that he bled out, but there were also signs of blunt-force trauma to the back of his head.

What’s more, the restaurant showed no signs of a forced break-in, but the safe and cash register were completely empty. The prized recipe of the Krabby Patty was also missing, giving some sign of motive behind the gruesome act.

To determine the killer of Mr. Krabs it was essential to figure out who the major suspects were. Upon scanning the murder weapon, the police found that it had many fingerprints, including Mr. Krabs’. The other prints belonged to SpongeBob and Squidward.

The greased floor too had many footprints, including SpongeBob’s. So naturally, the main suspect was SpongeBob. But another angle to be considered was the stolen recipe. Only days after the bloody incident, Mr. Krab’s rival started selling a crab burger recipe on his website. It was slightly different than Mr. Krabs’ but still similar enough to make it suspicious.

There is also the possibility that Mr. Krabs was killed by not one but two people working together. SpongeBob’s loyalty might have shifted after years of low wages, and he along with Plankton may have killed Krabs for his Patty recipe.

Other minor suspects include Patrick the star and Squidward. But the guilt can only be determined by the parties involved in the activity.

Krabs Is Still There After All

The conspiracy about Mr. Krab’s death had been all over the internet when Nickelodeon pulled an episode from the air. Episode 21 of season 12, named the Kwarantined Crab apparently had some material that was deemed inappropriate for children.

This naturally led viewers to believe that it was the episode that featured the crustacean’s death. However, since then, the network has clarified that the episode was about the global pandemic situation.

SpongeBob SquarePants is currently in its 13th season now, and the good news is, all the characters are alive and doing well. That includes Mr. Krabs, despite the rumors. It seems that the document which was circulating had been nothing but a party game for young children to enjoy.

Beetlejuice’s Sister: All We Know About Her Death
Was Forrest Gump Autistic
We Are Marshall True Story
Ruth Slater True Story

The document that went viral on the internet read The Trial Of SpongeBob, where the harmless sponge stood accused of murder. His employer Mr. Krabs was murdered, and all the evidence was pointing toward him.

Naturally, this made the viewers quite worried about the real fate of their favorite red crab on TV.

But later the confusion was cleared up, and Mr. Krabs remains alive and greedy as he always was, despite the rumors.