The abduction and murder of Marie Payne in 1983 still shocked many people with its gruesome details. A child’s death is always sad, but it becomes beyond disgusting when it takes place in such a vile manner.

Marie had been a toddler when she went missing, but it had taken law enforcement many months before they even discovered her body.

Colin Evans, a Reading lorry driver had been responsible for the crime. But that he was brought in after several offenses piled up makes us question the safety of children in this world.

Read on to know the full story of her murder, and how Evans was brought to justice. 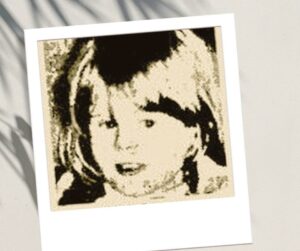 Who Was Marie Payne?

Marie Payne, born in 1979 was just 4 years old when she was kidnapped and later killed by Colin Evans. She lived with her family in Dagenham, Greater London, England, and had been just 4 years old at the time of her abduction.

Marie’s abduction happened very near her home, at a park on Goresbrook road. It took place during broad daylight on March 11, 1983, but nothing was done about it.

The police had not been very active in their search for her. They just took a small note of her details, in case she was seen walking around Waltham Abbey.

The Entire Timeline Of Her Murder

On March 11 1983 Marie had been abducted. But it had been on March 13 that the sexual predator, Colin Evans took her to the woods.

According to reports, Evans had struck her on the head with a tree branch when she began to scream.

That head trauma had been the cause of her death. Evans also stated that he returned to the scene later to mutilate her body further, and take photographs of it.

The case took a definitive turn when an Enfield couple discovered some child-sized clothing in St. Thomas’ Quarters. The clothes found in that hollow tree turned out to be little Marie’s which became a big cause for concern among the police force.

What created a bigger problem was that less than a month later, the tree in which the clothes were found was burned down. The police believed at the time that other children had been responsible for the fire. But later when questioned about it, Evans confessed to having done it to destroy evidence.

It wasn’t till May 1984 that Colin Evans, of Russell Street, Reading, Berkshire was arrested. His offense had been attempting to kidnap children in Ilford, Essex. This 44-year-old lorry driver’s record was not pristine, he had been to prison before, due to child-related incidents.

On 11th May 1984, finally, the body of Marie Payne was discovered by the police. Evans had directed them to the exact spot where he had buried the body, but it had already decomposed. The identification was done through dental records. Her death was confirmed to have occurred from a skull fracture.

On 17th December 1984, at the Old Bailey, Colin Evans pleaded guilty to the murder of Marie Payne as well as to three charges of child abduction. He was then sentenced to life, and the judge made a recommendation that he must serve at least 30 years in prison.

But in April 2008, in the High Court in London, Evan’s term was reduced on appeal to 27 years.

Colin Evans: Inside The Mind Of The Murderer

Colin Evans had been 44 when he committed this heinous crime. A truck driver by profession, he had lured the 4-year-old child and then went on to sexually molest and then kill her with a tree branch.

But his crimes did not stop with that. He later went on to try and abduct more children, till finally he had been caught.

The father of his last attempted victim chased him. Evans had failed and had got his license plate memorized by the father. Later it was the license plate number HJB 821N, not HJB 812N that gave away Evans.

Colin Evans had been called the ‘Evil Pied Piper’ due to his reputation regarding children.

He had also been in jail for 13-and-a-half years before Marie Payne’s case. But after the incriminating photos that were found in his house, he was sent to prison for 30 years

Marie Payne’s parents were all in favor of life imprisonment and even asked for the reintroduction of the Death penalty.

The judge in charge of his trial had said that he was an evil man who was a great danger to children. But in the end, the 30 years of punishment stuck.

But in 2008, London’s Royal Courtsreviewed the case again. Here the judge, Mr. Justice Owen declared that Colin Evan’s plea of guilt had shown a degree of contrition. Thus, his tariff to 27 years, not 30. This meant that Evans could now apply for parole in early 2011.

But this reduction had not been without its conditions. He had to convince the parole board that he was indeed worthy of being released.

Evans was also on perpetual “life license”, meaning any wrong decision on his end would end in him going back to prison.

Marie Payne had just been a 4-year-old child when she died. Her murder at the hands of Colin Evans was a gruesome affair that united the whole of London’s police force at the time.

But in the end, justice prevailed and her murderer was apprehended and put in jail.